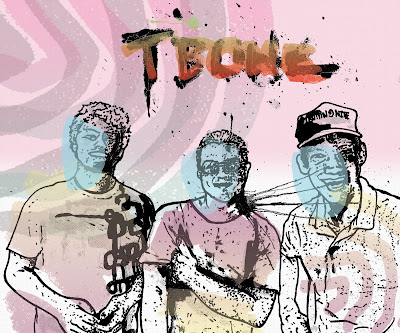 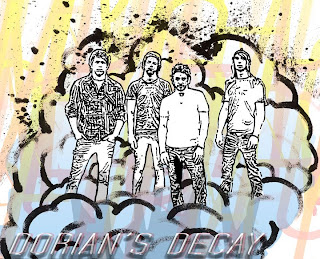 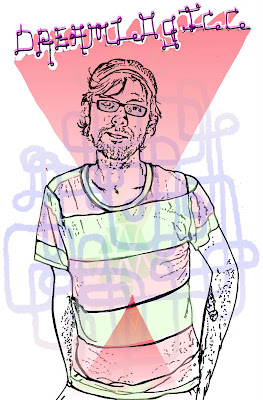 Illustration Jorge Tapia / Sound Engineering Nathan Gregory / Text Mr. Nitetrotter - August 28, 2010
We have been sitting on this session for quite too long now. We absolutely could not wait any longer to drop this one!
Dreamlogicc is a electronic solo act from Chicago. This session was a off the cuff pleasant surprise from a new friend. Hope you enjoy it as much as we do. GOOD NITE!
Dreamlogicc - "Live at Schwag City"
Recorded at Schwag City Studios Chicago
Live Mix at Schwag City by lukaslukas
Posted by NITETROTTER at 5:46 PM No comments: 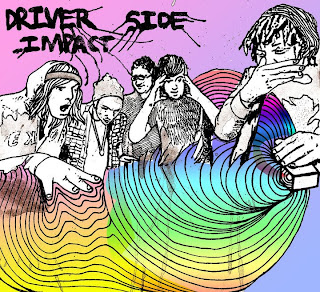 Driver Side Impact - "Broadway" - NITETROTTER Session by NITETROTTER4LIFE
Posted by Suburban Legend at 6:48 PM No comments: 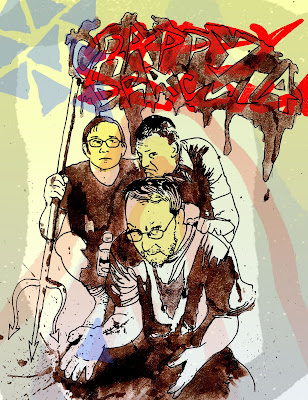 Illustration Jorge Tapia / Sound Engineering Nathan Gregory / Text Mr. Nitetrotter - August 27, 2010
Live this band is half music and half stand up comedy. They blew through Schwag City and recorded this set of songs for us. This was right before a very hot show at the Attic in Little Village. We first found out about these guys from all the dirty emails that they kept sending us. These are some of the biggest freaks in the fucking midwest. Watch out!
We hope the awkward stage banter laced quirky punk of Crappy Dracula hits your spot as much as it did ours. GOOD NITE NITETROTTERS!
Crappy Dracula - "Crappy Dracula In Your Attic"
Recorded at Schwag City Studios Chicago
Crappy Dracula - "Crappy Dracula In Your Attic" - NITETROTTER Session by NITETROTTER4LIFE
Posted by NITETROTTER at 6:44 PM 1 comment: 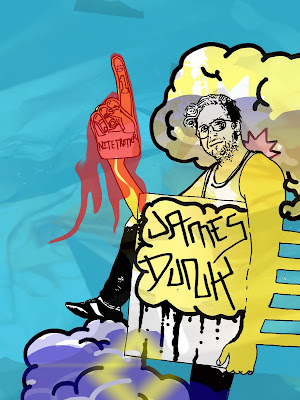 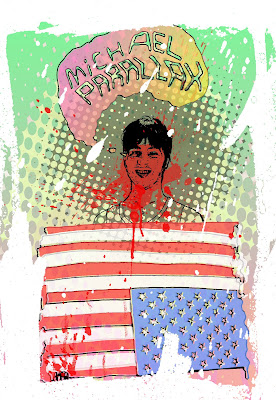 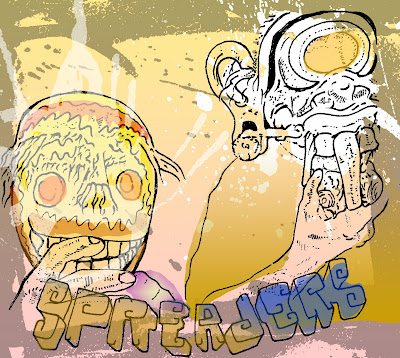 Illustration Jorge Tapia / Sound Engineering Lawrence Romani / Text Lawrence Romani - August 26, 2010
The Spreaders are real smooth ! John Piergiorgi and Scott Owen are a two piece from Warwick NY and their vibe is super good sound food for heads looking to zone on drone. I was real happy to get them to come down to Apparition Sound to record their brand of intense head music. So after about an hour of throwing down brews and baking , I caught some incredibly sweet audio from these guys well worth a listen, especially if you are into getting lost in your own head as much as I do.
Enjoy peeps !
Spreaders
Recorded Apparition Sound Brooklyn, New York
Spreaders - NITETROTTER Session by NITETROTTING
Posted by NITETROTTER at 10:23 AM 3 comments: 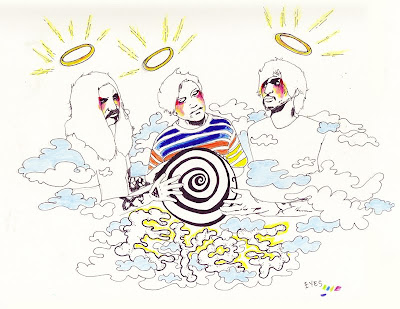 Illustration Rose Noble / Sound Engineering Ian Harris / Text Mr. Nitetrotter - August 23, 2010
This track is a regurgitated early EYES song as heard through the iiii's meat-grinder. The day after NITETROTTER Fest they took off to tour the west coast and back stopping at diy haunts like Rhinoceropolis, The Smell, Sean Carnage night at Pehrspace, and The Exchange.
They also surprised everyone by indefinitely ditching the backing track and adding Jorge's brother Thomas on drums. The new abrasive sound as captured on this track is a good idea of their current stripped down arrangement of raw power. ENJOY comrades and GOOD NITE!
EYES - "Feel Them"
Recorded at Nitetrotter Studios East Moline
EYES - "Feel Them" - NITETROTTER Session by NITETROTTING
Posted by NITETROTTER at 7:16 PM No comments: 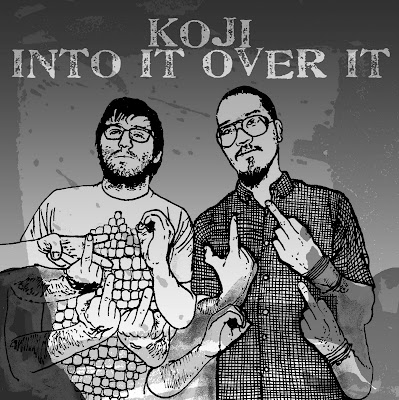 An open letter from Mr. Nitetrotter

Nitetrotter.com has been on a brief summer hiatus. We are returning soon with a new website, and many new sessions.

There has been a lot of talk all of 2010 in the Quad City music community about Daytrotter and Nitetrotter. Lets take the time to clear some facts up.

Daytrotter has done nothing but try to blatantly blacklist those formally or non-formally associated with Nitetrotter. We find this to be wrong and counterproductive. Blacklist those individuals who may have said mean things about you but please not all our friends and family.

We will be involved with the opening of a venue with recording studio in East Moline again. It is called the Nite-Castle and is located in the building owned by the Human Aftertaste. The Lazer Warehouse will also be doing shows again, this time with a different name. So Weirdtown is not dead!

We plan on recording more bands in both East Moline and Chicago. We also are trying to figure out where we will host Nitetrotter Fest in 2011. It is going to be in Chicago but we plan on doing an East Moline version as well.

We look forward to posting a lot of new sessions for all our Nite-Heads! 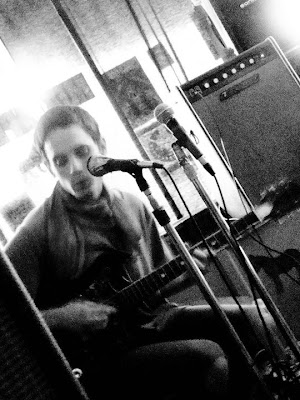 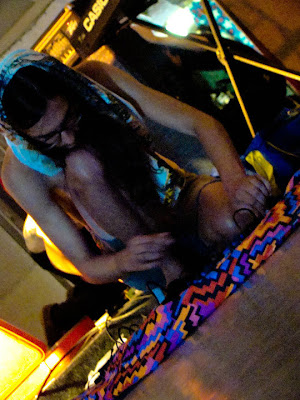 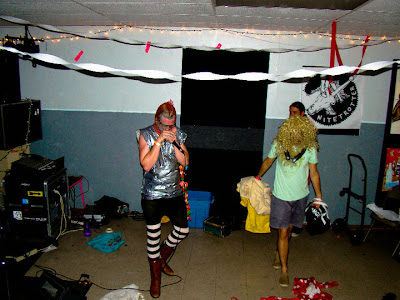 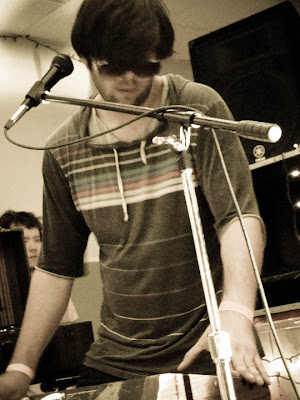 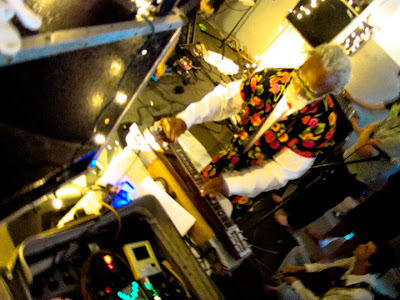 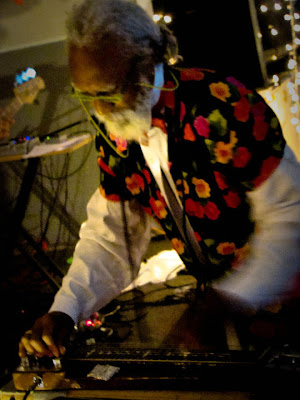 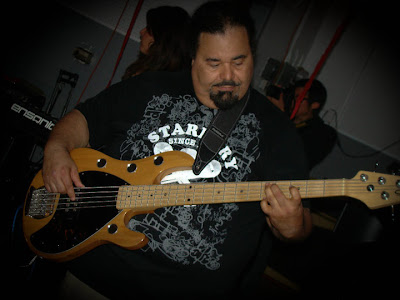 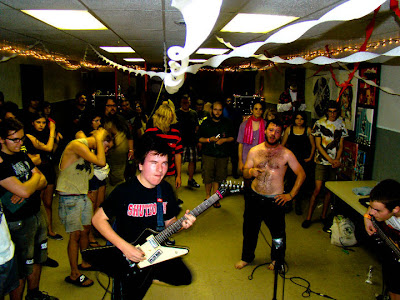 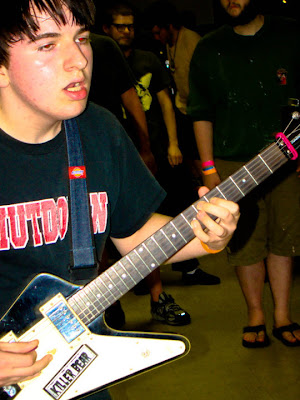 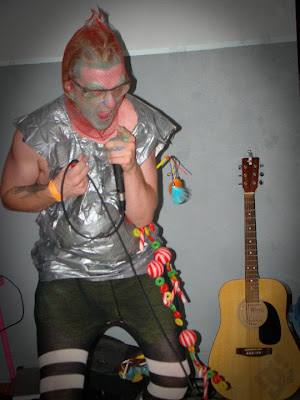 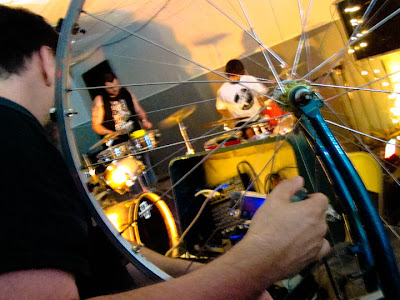 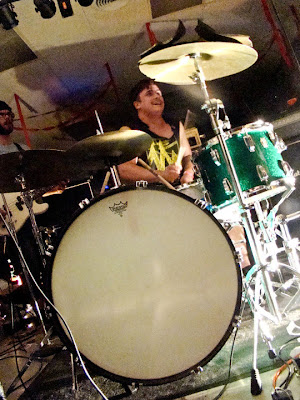 Catacombz © Photos by Jen Craft
Posted by NITETROTTER at 12:04 PM No comments: