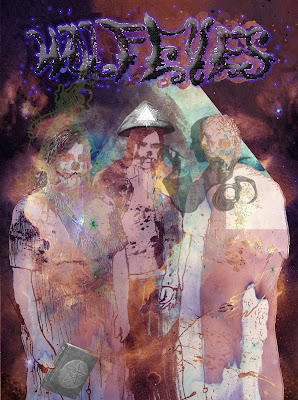 Nitetrotter Fest was the most pleasant disaster of 2010. One of the most aurally exciting parts was Wolf Eyes' set which was thankfully documented. We were really pumped when they confirmed to play and were even more surprised by how cool of guys these people were. Their set was dreadfully amazing and hit the audience like a puncture wound.

What I noticed that night was the conversations that the members of the band had after the show. While packing up they talked about the tapes they were listening to in the van. The list consisted of Kraftwerk's Autobahn and The Velvet Underground and Nico album as well as some other pop material. It was pretty fascinating to eavesdrop on their conversations about tonal rock albums. Now I have a totally new view on Wolf Eyes' music and hopefully you do to. They are definitely up there with the rest of the greats.

Well as always, we hope you enjoy this recording as much as we do! GOOD NITE!

Recorded live at Nitetrotter Fest at Mixtapes in East Moline