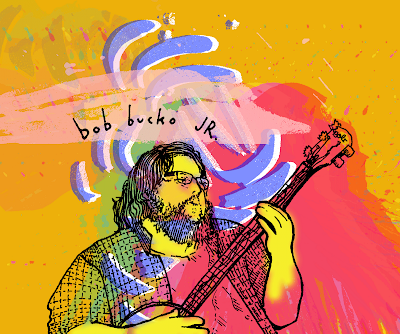 Bob Bucko is an example of classic Iowa folk. His music is original but pays homage to the tradition it comes from. We love the original sense of unforced weirdness.

We look forward to Bob's set at the upcoming Nitetrotter Fest in East Moline this July. Enjoy this hot session from him and goodnite!

Recorded at the BASSment in Dubuque Iowa

Bob Bucko JR - (So) Over the Rainbow - Nitetrotter Session by NITETROTTER