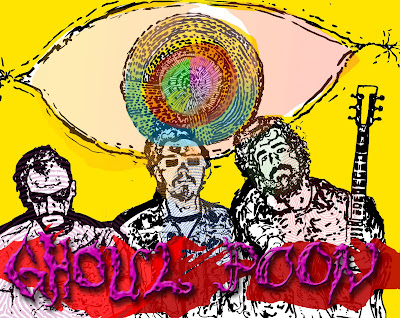 Fast forward a year and I get Ghoul Poon to come down here to Apparition Sound to record a Nitetrotter Session. This time Shane, who is from Albany, N.Y , brings Mike Capritta and Nico Jordan from the band Severe Severe with him to record five very solid tracks. This Ghoul Poon line up has been very busy lately, playing for wider audiences while opening for great bands like Lightning Bolt, Dan Deacon Ensemble and Sleigh Bells. Seriously do check out this session because there is great energy here not to be missed !