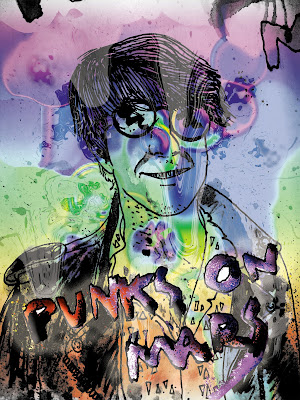 Punks On Mars is formerly known as Luke Perry and hails from Brooklyn. He so kindly stopped by with Speculator and they both fucking rocked our attic. We were extremely happy with how this came out! Punks On Mars left his piece so he better stop by again and get it.

Peace in the middle east. XXntxxxxxxxx