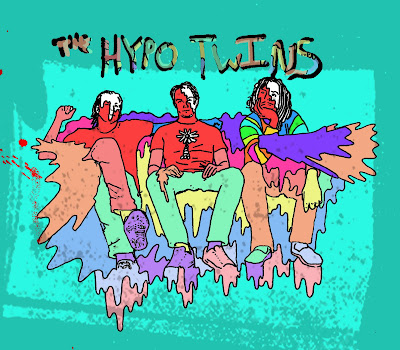 This next session is a pleasure for me to put up. The Hypo Twins formed in Phoenix, AZ from the ashes of several bands. The leader of this rock band is an old timey friend from the QC area, Mike Loy. He spent many years playing the QC music scene in several different bands. Looking for a bigger pond, he moved to Arizona where he found success with the band Chronic Future. He finally ended up in The Hypo Twins, and can be found tearing a path up to LA and back on a regular basis. While recording their new album with producer/singer/songwriter Rick Beato in Georgia, they made some time from their busy schedule to do a special acoustic track for us here at NITETROTTER. Thanks for listening & Good Nite!
The Hypo Twins "The Walls" - NITETROTTER Session by NITETROTTERS1
Posted by Suburban Legend at 3:16 PM