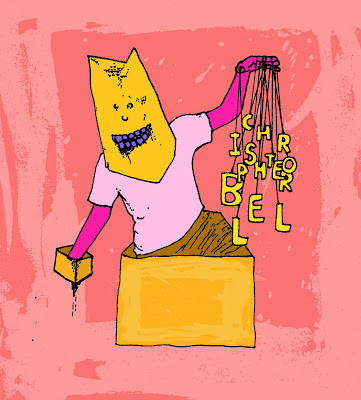 Christopher Bell came to East Moline,Il on a beautiful late winter day. He arrived from Jamestown, New York with the great songs of past relationships failed, made by looping his viola, banjo, and cello. Christopher is another example of a great guy making music with, and for great people. You can check out his music, and other artists off of his label at http://www.silenthomerecords.com . If you enjoyed these tunes, or enjoyed his show, you can catch him again live @ Mixtapes! on July the 3rd accompanied by a full band. Thanks for listening, and Good Nite!

4.) Do Whatever Comes Natural-Christopher Bell NITETROTTER Session Alive by NITETROTTERS
Posted by Suburban Legend at 6:12 PM