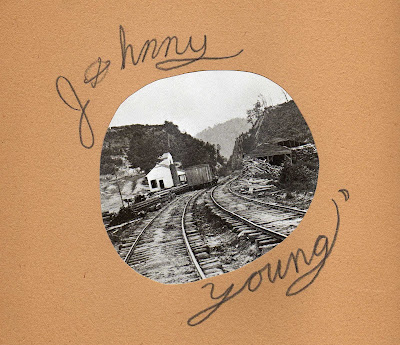 Watching Johnny Young picking is like watching a ceiling fan go round. Its movement so quick that it looks as if it is standing still. Even more fascinating about his picking is the fact that he only picks with with two fingers. Many people refer to this style as Travis picking after famous guitarist Merle Travis. Johnny Young is quite the experienced guitar player for being so young in age. Well versed at many traditional folk tunes and war hymns, Young plays acoustic 12 string to bar slide to even picking up a banjo for the first time and sounding like a veteran. We spent an early afternoon in the living room of my apartment tracking some great stuff. Keep an ear out for some future releases of Johnny Young and hopefully some collaborations with good friend Ryley Walker.

Here is some great footage of Johhny Young while recording the session and his furry audience.

Posted by NITETROTTER at 3:11 PM